You are here: Home » News » What Is Grain Alcohol and How Is It Used in Spirits?

What Is Grain Alcohol and How Is It Used in Spirits?

What Is Grain Alcohol and How Is It Used in Spirits? 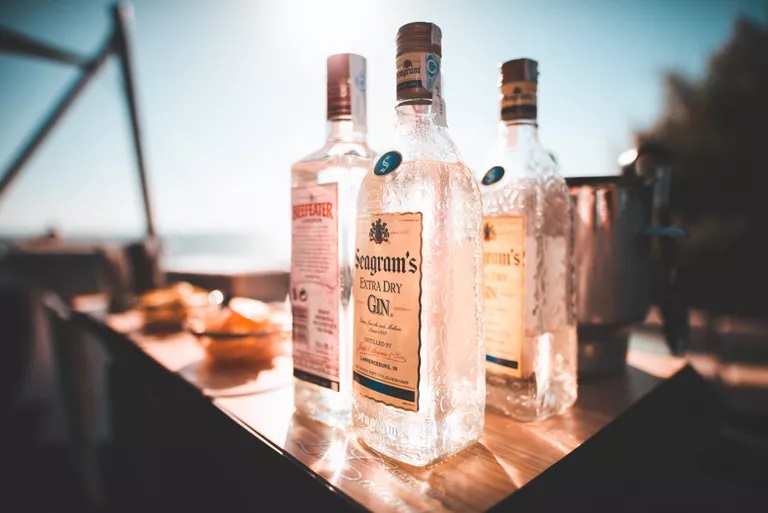 Grain alcohol is a purified form of ethyl alcohol (ethanol) made from the distillation of fermented grain. The ethanol is produced via fermentation of sugars in the grain by yeast prior to repeated distillation or rectification. The term "grain alcohol" may be used to refer to any ethanol produced from grain or another agricultural origin (as in beer or vodka) or it may be reserved to describe alcohol that is at least 90% pure (e.g., Everclear).

Grain alcohol is a colorless liquid with the chemical formula C2H5OH or C2H6O. Grain alcohol is considered a "neutral spirit," meaning it has no added flavor. Most people would say purified alcohol has a medicinal flavor and a slightly chemical odor. It is flammable and volatile. Grain alcohol is a central nervous system depressant and neurotoxin. Ethanol is the type of alcohol found in alcoholic beverages and used as a recreational drug, but it is also used as a solvent, antiseptic, fuel, and in various industrial applications.

Grain alcohol is commonly bottled at 151-proof (75.5 percent alcohol by volume or ABV) and 190-proof (95 percent ABV or about 92.4 percent ethanol by weight).﻿ The 190-proof version is prohibited in many U.S. states and other locations because it's considered too easy for people to get alcohol poisoning using the product. There is no 200-proof (100 percent ABV) grain alcohol for human consumption because of azeotropic effects during the distillation process. Fractional distillation can only concentrate ethanol at a ratio of 96 alcohol to 4 water, by weight.

To further purify ethanol from grain alcohol or another source, it's necessary to add an entraining agent, such as benzene, heptane, or cyclohexane. The addition forms a new azeotrope that has a lower boiling point and is made of ethyl alcohol, water, and the entraining agent. Water-free ethanol may be obtained by removing the lower-boiling azeotrope, but contamination by the entraining agent makes the alcohol unfit for human consumption (not to mention, pure alcohol is of itself highly toxic).

At lower pressures (less than 70 torr or 9.3 kPa), there isn't an azeotrope and it's possible to distill absolute alcohol from an ethanol-water mixture. However, this procedure (vacuum distillation) is not presently economically viable.

Of course, grain alcohol may be further purified by simply adding a desiccant or using a molecular sieve to remove the water.

There is some disagreement about whether or not grain alcohol, under any definition, causes problems for people with celiac disease or gluten sensitivity. From a chemical standpoint, whiskey (usually made from rye), vodka (usually made with wheat), and Everclear (typically made from corn) do not contain gluten because of the distillation process.﻿ Yet, there are reports of people experiencing problems. When a reaction occurs, it could result from contamination at the processing facility or because a grain product was added back into the product. The gluten zein in corn is typically well-tolerated by people with celiac disease, so grain alcohol from that source should be fine. Alcohol from another source, such as grapes or potatoes, presents another option.