You are here: Home » News » Industry encyclopedia » Chemistry in Every Cup（1）

Chemistry in Every Cup（1）

Chemistry in Every Cup（1）

It is hard to avoid stories about the latest must-eat food to join the anticancer brigade. First it was select vegetables and berries, then red wine, dark chocolate and coffee. Newspapers frequently tell us that antioxidants ’fight (nasty) free radicals’, and the words ’polyphenol antioxidants’ have entered the mainstream. Swiss food giant Nestlé even sells a coffee called Nescafé Green, advertised as containing ’high levels of naturally occurring polyphenol antioxidants which can help protect the body’s cells from day to day damage’. The coffee contains unroasted (green) coffee beans in a bid to boost antioxidant levels.

We are used to thinking that coffee must be bad for us - a guilty pleasure - and many try their utmost to kick the habit. Yet some epidemiological studies, which involve questioning people about daily coffee intake and following their health over a period of years, suggest that regular coffee drinkers are less likely to get various cancers, including liver, colon, oral and oesophageal. In 2008, a team of researchers from Harvard Medical School in Cambridge, US, and the University of Madrid, Spain, led by Esther Lopez Garcia, assessed data from two major US epidemiological studies following more than 125 000 people over two decades. They concluded that regular coffee consumption was ’not associated with an increased mortality rate’. In fact, taking into account risk factors such as body size, smoking and specific diseases, the team suggested that people who drank more coffee were actually less likely to die within the decades of the study because of a lower risk of cardiovascular disease.

Coffee has been suggested to help protect against gout (by lowering uric acid levels), tooth decay and gallstones. And so the list goes on. In particular, there is mounting and strong evidence for coffee providing some protection against type 2 diabetes.

Coffee contains a tremendous number of chemicals, with over 1000 aroma compounds. If you are looking for antioxidants, the most abundant phenolic compounds in coffee are chlorogenic acids (CGAs), which account for up to 12 per cent of the dry weight of green unroasted coffee beans. Much of coffee’s bitter taste comes from CGAs, which also cause the acid reflux that is sometimes experienced by coffee drinkers.

Up to half of the CGAs in green coffee beans degrade during high-temperature roasting, which causes a host of chemical reactions. Some of the CGAs hydrolyse to form free phenolic acids or dehydrate to bitter-tasting chlorogenic acid lactones. Others are involved in Maillard browning reactions to give a wide range of compounds including brown coloured and very bitter-tasting antioxidant polymers called melanoidins.

The concentration of CGAs in a cup of brewed coffee varies hugely, from about 20-675mg per cup - compared with 20-60mg in an average cup of tea. CGA levels not only depend on roasting time and temperature, but also on the coffee beans - Arabica beans have lower levels of CGAs than Robusta - and the brewing method. Decaffeinated coffee contains similar levels of phenolics to caffeinated coffee, and can contain higher levels, thanks to a concentration effect that occurs during decaffeination, says Yi-Fang Chu, who leads the coffee and wellness research group in the US at Kraft Foods Global.

CGAs in coffee are absorbed in the small intestine to appear in the circulatory system mainly as glucuronidated (coupled with glucuronic acid, a common way the liver solubilises compounds to prepare them for excretion via the kidneys), sulfated and methylated metabolites, explains Crozier. ’It seems as if the compounds trigger events and depart. The body gets rid of them pretty quickly [in urine or bile],’ he says.

It is also becoming clear that the large intestine (colon) plays a crucial role in getting GCAs and their metabolites into the bloodstream. Crozier’s team has collected evidence for this by analysing ileal (small intestine) fluid samples from people who have had their colons removed (ileostomists). In such people, only 30 per cent of CGAs were absorbed in the small intestine, suggesting that 70 per cent would have passed to the colon in healthy people.

Crozier’s team used liquid chromatography-mass spectrometry (LC-MS) to analyse urine samples from the ileostomists and from people with healthy colons. The ileostomists excreted only 8 per cent of their intake of CGAs in urine while healthy volunteers excreted 30 per cent. The CGA compounds absorbed in the colon ’must have been in the circulatory system in relatively high concentrations compared to the compounds that are absorbed in the small intestine,’ says Crozier.

Crozier’s coffee work was originally sponsored by Nestlé, whose chemists synthesised CGA metabolites to help understand the reaction and degradation pathways in the body. The theory is that quinic acid cleaves from the CGA in the small intestine to release caffeic and ferulic acids, which go on to form glucuronides and are also metabolised to sulfates. ’We know from analysing the ileal fluid that a mixture of the parent compounds and some of the metabolites pass from the small to the large intestine,’ explains Crozier. ’In the colon, some are absorbed as parent compounds, together with sulfates and glucuronides, but most are chopped up by colonic bacteria to form simple phenolic acids.’

The ferulic and caffeic acids form phenolic acids such as dihydroferulic acid or dihydrocaffeic acid. ’People are starting to get interested in the impact of these things on colonic health,’ says Crozier. There are some suggestions that the compounds could act as prebiotics, stimulating the gut bacteria.

There is growing evidence that compounds broken down in the colon form a key part of the ’bioavailability equation’ of flavonoids and related compounds that not only occur in coffee, but also in vegetables and other beverages, says Crozier. What is more, the colon-derived phenolic acids appear to have in vitro anti-inflammatory activity, and to protect human nerve cells against oxidative damage, says Crozier. Some of the phenolic acids are also thought to be involved in helping to prevent regular coffee drinkers from developing type two diabetes. 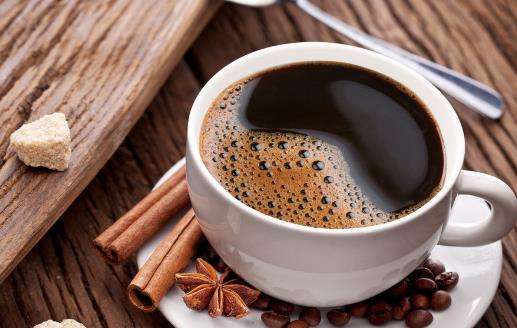