You are here: Home » News » Industry encyclopedia » Toxic Chemicals in Fireworks: Might Want to Hold Your Breath

Toxic Chemicals in Fireworks: Might Want to Hold Your Breath

Independence Day is one of the many holidays worldwide marked by the crack and boom of spectacular firework shows. This 4th of July tradition is actually as old as our independence itself; we’ve been celebrating with fireworks since 1777. As fun as 4th of July fireworks are – sitting on a grassy lawn with your friends, drinking beer in the cool summer night and gazing up at the brilliant light display against the velvety darkness of the sky – increasing evidence indicates we should probably retire this tradition.

While we all know the horror stories of firework accidents that end in an emergency room and lost appendages, many people are still unaware of the environmental and health impacts of firework pollution. Have you ever stopped to think about how they make those bright purple, blue, or green explosions? 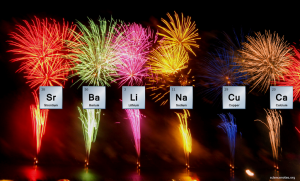 Researchers have studied air and water pollution levels following firework-heavy holidays in China, England, India, Spain, Canada, and the United States, and their findings were troubling.

Air quality drops big time, with increased levels of PM and polluting gasses, which can remain in the region for days after fireworks. One study in the United States found that on the 4th of July, air pollution from PM increased by an average of about 42% across the nation. The levels of PM (dust, metal particles, soot) often exceeds the safety limit set by the EPA following firework shows. This puts citizens at risk of increased short term and potentially long term health problems. This is especially problematic for individuals who already suffer from asthma or other respiratory problems, as the increased air pollution can exacerbate symptoms.

The smoke and PM settles to the earth, contaminating soil, groundwater sources, and bodies of water. Debris, metal particles, and other water contaminants are at increased levels following firework shows. One contaminant, in particular, is perchlorate, which helps produce a combustion reaction. Used in rocket fuel and fireworks, it can accumulate in our drinking water and at high levels, it disrupts thyroid function and the related hormones that are essential for normal development. It seems healthy adults are unaffected by low doses of perchlorate, but fetuses, infants, and young children might be more vulnerable to those lower doses, putting them at higher risk of developing hyperthyroidism and thyroid cancer. It was originally thought that perchlorate in fireworks would not be an issue since it supposedly would be burned in the air, but studies done in Oklahoma and Massachusetts have found significant levels of the chemical in lakes and groundwater, primarily following firework shows.

The big question is: does limited, infrequent firework use pose any long term concerns? Researchers are still trying to figure this out, but some evidence indicates there may be long term consequences from the PBTs, or Persistent, Bioaccumulative, and Toxic chemicals in fireworks.  This means they remain in the environment for very long periods of time and can accumulate up the food chain.

Dioxin, a combustion byproduct, and certain heavy metals like lead and mercury are considered PBTs. This means that while fireworks might deposit these chemicals only a few times a year, they don’t disappear and every year we’re piling on more. It’s crucial to remember that fireworks alone might not pose a serious threat, but there are many other sources of pollution, and it’s the overall deposit and buildup of these chemicals that is concerning. Additionally, compared to the rate at which we pollute our environment, the research on human and environmental impacts from short term and long exposure to toxic chemicals is extremely limited. It’s hard to make a safety assessment when you don’t have solid and substantial data.

Significant advances in pyrotechnics have been made in the last 20 years; the innovations are not perfect, but it’s a big step in the right direction. The main barrier to widespread use is of course, financial. The more common (and dirtier) ones are made in China for about one-tenth the cost of cleaner ones.

Disneyland, in Anaheim, CA, has been holding firework shows almost every night since the 1950s. This has resulted in terrible pollution and persistently high levels of PM.  In the late 1990s, after pressure from residents, Disney hit up the chemists at Los Alamos National Laboratory to develop fireworks that produced less smoke. Two of those chemists left to start their own company, which has successfully created nitrogen-based perchlorate-free fireworks that use about 60% less metal to create brilliant colors.

If we continue to use fireworks, we need to find safer and cleaner alternatives that are affordable. Raising awareness of the health and environmental impacts helps individuals make informed decisions in regards to attending firework shows, and hopefully, it can also lead to the public putting pressure on the market to develop better technology in pyrotechnics.