You are here: Home » News » Industry encyclopedia » What chemicals are used in batteries?

Building a battery requires certain parts, made up of metals and chemicals, which influence the cost of batteries.

Let us discuss the basic chemicals involved in the making of a battery:

a) The Battery Casing: The basic idea behind sealing the battery with battery casing is to keep safe the battery body which is the basic source of converting chemical energy into electrical energy. This casing is produced in layers created from different raw materials and can incorporate one or two, for instance, polyethylene terephthalate layers, a polypropylene layer and a polymer layer, or layers of carbonized plastic.

b) The Battery Chemistry: In order to do its basic function of generating current to power the various devices, the battery must contain various types of chemical base, which vary according to the battery type: 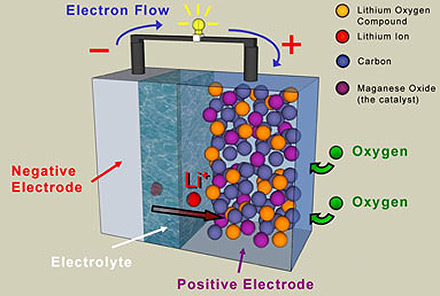 iv. Lithium-ion batteries: This type of battery can make use of variety of substances, however the best combination goes with carbon as anode and lithium cobalt oxide as cathode.

v. Reusable Alkaline batteries: The anode is a zinc powder, while cathode is made out of a manganese dioxide mixture. The battery gets its name from the potassium hydroxide electrolyte, which is a soluble substance.

c) The Battery’s Electrolyte: Electrolyte is the medium that allows electron flow between the two electrodes (anode and cathode). Electrolyte is a conductive chemical made up of salt, base or acid dissolved in a solvent forming a solution that becomes the conductor of electricity. The chemicals which are electrolytes include: Sodium chloride, chloric acid, nitric acid, potassium nitrate, hydrochloric acid, potassium nitrate, sulfuric acid, sodium hydroxide, magnesium hydroxide and sodium acetate.