You are here: Home » News » Where Do Alcoholic Beverages Come From?

Where Do Alcoholic Beverages Come From?

Where Do Alcoholic Beverages Come From?

Beer, wine, and distilled spirits are made from plant materials 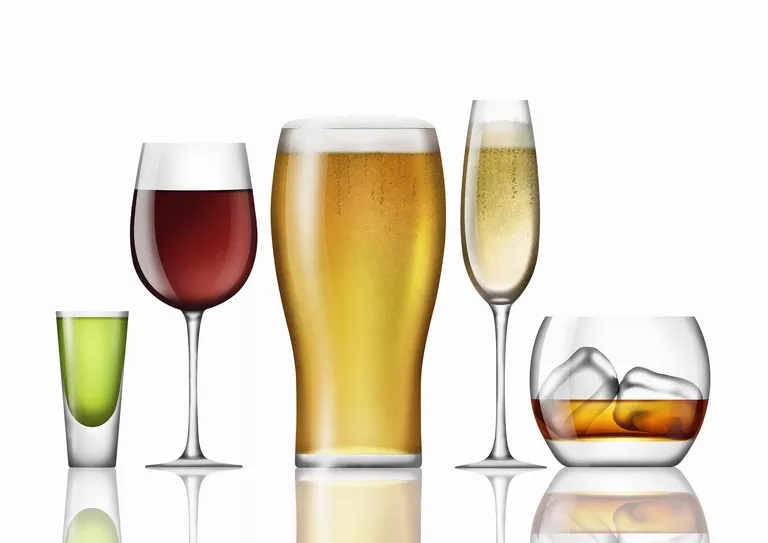 The fermented product (e.g., wine) can be used, or it can be distilled to concentrate and purify the alcohol (e.g., vodka, tequila).

Where Does Alcohol Come From?

Just about any plant matter can be used to produce alcohol. Here are the source materials for several popular alcoholic beverages:

Any material that contains sugars or starches could be used as a starting point for fermentation to produce alcohol.

Although all alcohol is produced from fermentation, some beverages are further purified via distillation. Fermented beverages are consumed as is, possibly after filtration to remove sediments. The fermentation of grain (beer) and grapes (wine) can produce other byproducts, including toxic methanol, but they are present in low enough amounts that they don't typically cause health problems.

Distilled beverages, called "spirits," start out as fermented beverages, but then distillation occurs. The liquid is heated at a carefully controlled temperature to separate components of the mixture based on their boiling points. The portion that boils at a lower temperature than ethanol is called the "heads." Methanol is one of the components removed with the "heads." The ethanol boils next, to be recovered and bottled. At a higher temperature, the "tails" boil. Some of the "tails" may be included in the final product because these chemicals add unique flavor. Sometimes additional ingredients (coloring and flavoring) are added to distilled spirits to make the final product.

Fermented beverages usually have a lower alcohol content than spirits. A typical spirit is 80 proof, which is 40 percent alcohol by volume. Distillation may be considered a method of improving the purity of alcohol and of concentrating it. However, because water and ethanol form an azeotrope, 100 percent pure alcohol can't be obtained by simple distillation. The highest purity of ethanol that can be obtained by distillation is called absolute alcohol.