You are here: Home » News » Product knowledge » What is Ethanol Absolute?

Many of us drink absolute ethanol in some form on a regular basis, and maybe know more than we sometimes care to about the side effects it can have – although on its own, it is not fit for human consumption. While we are probably familiar with ethanol as the primary ingredient in alcoholic drinks, it has many more uses, both for us as consumers in perfumes, fragrances and medicines, and in a laboratory or industrial context.

So, what is absolute ethanol exactly?

Ethanol absolute goes by many names, and can be known as pure alcohol, ethanol, ethanol absolute, ethyl alcohol and just plain alcohol. It is a clear, colourless liquid solvent which is both flammable and volatile and has a distinctive smell; when burned, it produces a smokeless blue flame which isn’t always visible in normal light, and it evaporates when in an open container. Ethanol can be produced in two ways, either chemically using a petrochemical process, or naturally by the fermentation of sugars by yeasts. It is a compound and simple alcohol, and the chemical formula is C2H5OH.

Ethanol is the primary and active ingredient in alcoholic drinks, and is quickly absorbed and distributed throughout the body. It is one of the oldest (at least 5,000 BC) and most common of recreational drugs; lifting your mood, making you feel euphoric, limiting feelings of anxiety and increasing talkativeness. However, it can also impair your motor functions and memory, make you lose your balance and depress your central nervous system. And all that is without mentioning the morning after the night before, or the potential long term effects of alcohol addiction. 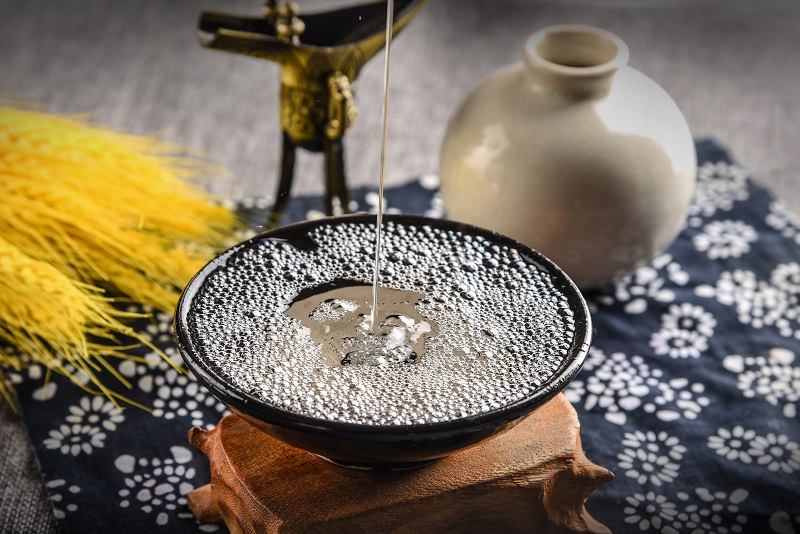 Fuel Ethanol is mainly used as an engine fuel and fuel additive. Ethanol burns to give carbon dioxide and water and can be used as a fuel on its own or mixed with petrol. It has been shown that ethanol reduces greenhouse gas emissions as well as other ozone-forming pollutants as compared with pure petrol. Interestingly, ethanol has also been used as rocket fuel. The German WWII V-2 rocket, which is recognized as beginning the age of space travel, used an ethanol and water mix. The team which designed theV-2 also developed U.S. rockets after the war, including the rocket which launched the first U.S. satellite.

3.Ethanol as a Solvent

Ethanol is a commonly used solvent, the second most important solvent after water. It is fairly safe, can be used to dissolve many organic compounds and is also easily mixed with water. It is widely used in personal care products such as hairspray, perfume, mouthwash and nail varnish, as well as essential oils, food colourings and food flavourings. When mixed with methanol, it’s also great for removing annoying sticky labels.

4.Ethanol in the Medical Field

Ethanol is widely used as both an antiseptic and disinfectant. Medical wipes and antibacterial hand sanitisers contain alcohol to help prevent the spread of bacteria, and it is also used to sterilise the skin as well as medical equipment. Ethanol is also used to dissolve water-insoluble medication including liquid cough and cold medicine and pain medication.

Ethanol is a by-product of the metabolic process of sugar fermentation and therefore it is present in any yeast habitat, such as a bowl of over-ripe fruit. Amazingly, ethanol has even been detected in outer space, forming ice around dust grains in dense interstellar clouds.